Sampa The Great comes through with a new music album called “As Above, So Below”  which comes after a long stint living in Australia.

Zambian rapper Sampa Tembo returned to the country of her birth to make her second studio album. A swaggering celebration of self-love and cultural identity, As Above So Below sees Tembo incorporate traditional Zambian music as well as cutting-edge hip-hop and subtler stylistic cues from psych, blues and folk. “It has the traditional spiritual elements,” Tembo tells Apple Music, “but then we are venturing off into worlds that are not considered Zambian music and we are creating a new genre, which is really exciting for me.”

Setting out to smash preconceptions about African women, Tembo scoffs at the idea of staying in her lane on the Denzel Curry-featuring “Lane” and enlists trailblazing Beninese singer Angelique Kidjo to further lift the self-affirming finale “Let Me Be Great”.

Tembo’s younger sister Mwanje also sings on two tracks, while Joey Bada$$ adds his own spin to the theme of hiding one’s true self on the slinking, bass-blasted “Mask On”.

As Above So Below even showcases some of Zambia’s native languages, reinforcing the central concept of embracing home. “There’s a vibration in language,” says Tembo. “That’s why I’m very adamant of adding my language to the situation. You can’t change it. You can’t change it and you can’t fake it.”

Listen to the album below.

Jay Rox - Nothing To Something Video 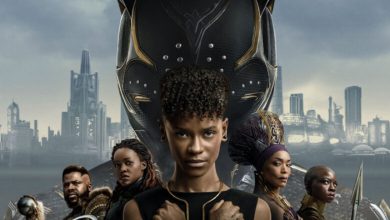